…yes, I know. A contentious topic (and a longer one – sorry!) and like every diet or lifestyle way of eating, you need to figure out for yourself if it is for you or not. In this blog, I will try and share with you want I have learnt on my LCHF (low carb, high-/healthy fat) journey so far. 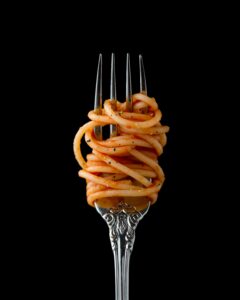 Firstly, I have tried to transition to this way of eating twice before, with no joy, until this 3rd try which until now has been working fine. What convinced me to see it through was a particular podcast interview with the ‘Fat Processor’, Prof. Grant Schofield, a respected public health academic and a leader in the low-carb, high-fat field for endurance athletes (ok, he’s a Kiwi too). A former decent triathlete himself he always struggled with his race weight and towards the end of his racing career with niggling injuries and chronic inflammation, forcing him to retire altogether.

Eating the traditional low fat, high carb way and training up to 25 hours a week he could never get fully race lean. Once retired from triathlon racing, and despite eating healthily and exercising every day, his weight just kept creeping up. Not to mention that he was constantly feeling hungry. That was until he found the low carb/high-fat way of living (funnily enough, Mark Allen told him a decade earlier at a race briefing in Kona about his low carb lifestyle, following the Phil Maffetone Method. Needless to say, Prof Grant proceeded to ignore it as ‘utter rubbish’ at the time). Anyway, to cut it short, the take-away for me was the fact that if you ate this way you would generally stop feeling hungry, and at the same time it would be a lot easier to control your weight. This resonated with me. Furthermore, it could potentially help with my chronic niggles (calf muscles & Achilles) and reduce recovery time between training sessions. Bonus!

I have spent most of my adult life feeling hungry (my inner ‘fat bastard’ that is, haha) and have generally really struggled to get down to a decent race weight! It would involve serious blocks of training 20+ hours a week, no alcohol and ‘clean eating’ i.e. lots of carbs, low fat, no treats etc. and post-race it would be a matter of weeks, sometimes not even the end of a holiday following a race, before I was back up to my ‘normal’ weight or even more.

I have to say I was and still am astonished at how quickly the weight fell off me once I committed to eating LCHF. I think a misconception that most people have, me included, is they think that they have to give up all carbs, forever. LCHF for endurance athletes is NOT the same as a ketogenic diet where you have to keep your daily carbs under 50g or even less. It’s about finding the sweet spot for your personal needs and training goals. And it’s actually not that difficult once you cut refined carbs out of your diet. On the plus side, you can eat loads more cheese (well, within reason…).

I guess right about now you are all probably thinking, Damo, this is all well and good if you want to lose weight but what about training, racing, performance…??? I will bonk if I don’t get enough carbs! Yes, you will definitely bonk in an Ironman without enough carbs, that is for sure a given. But how about becoming a ‘fat-burning machine’, not depleting all those preciously stored carbs until you really need them and efficiently burning both, fat and carbs while you are racing at Ironman pace?

Let’s stay with IM racing to explain what I mean[1]:

I think we can all agree that your average age-grouper will burn around 10,000 calories during an IM. It’s also agreed that you can only really ingest, and more importantly tolerate, approx. 60-90g of carbs (depending on the mix of glucose and fructose) per hour. That’s approx. 240 – 300 calories per hour at IM race pace. Add to that your stored carbs (muscle glycogen) of about 2,000 calories and an average fat oxidation rate of about 0.5g/min (which equates to 5.2 cals/min and a total of approx. 2,700 cals for 10hrs)  and you can quickly see we don’t have near enough to see us through a 10 hour plus race. Of course, you can slow down or walk to the finish line, but if you want to keep going at a sustainable pace, we need to train ourselves to use more fat for fuel (we pretty much have unlimited fat stores – up to 40,000 calories of fat in even the leanest individuals).

Amongst others, fuel availability is one of the most limiting factors over racing long distance and the problem is, that a lot of people can’t access their fat stores – especially not when they are exercising at high intensity but also at lower intensity, where they should be able to burn fat (this is applicable to many AG endurance athletes!). Why is this?

Leaving the whole Z2 (low intensity – aerobic – fat burning) training out of this discussion (I’ll save this for another blog), the type of diet we eat influences our body’s fuel preference. Especially as endurance athletes, we tend to exist on a carb-heavy diet of cereals, bread, pasta etc and fuel our training with sugary energy drinks, bars, and gels. In essence, we are constantly topping up our carb stores, teaching our body to become reliant on them rather than the opposite, where we should be teaching our body to use both fuel sources and not solely rely on carbs.

So, to sum it up, the importance in LCHF eating lies in becoming fat-adapted and metabolically flexible; to burn fat as well as carbs as fuel.

A word of caution though – going LCHF and becoming a ‘fat burning machine’ is not as simple as doing fasted workouts (I remember reading about Indurain – cycling legend and 5x Tour de France winner – riding on just water for most of his pre-season) or ditching carbs Atkins/keto style. I have been following a protocol that has been developed and refined by Dr. Dan Plews specifically for endurance athletes. Dan himself is the current Kona AG record holder at 8:24, sports scientist, fat oxidation specialist and coach to some pretty well-performing LCHF pros. Luckily for me, I was able to sit his first specialist LCHF course for endurance athletes earlier this year, in order to learn the specifics for long course racing and guide me in my journey.

Roughly, the protocol consists of a very low-carb (yes, keto like) transition period to trigger fat oxidation and nutritional ketosis for 3 weeks. This follows a period of re-introducing carbs (until you find your sweet spot) and training your metabolic systems to efficiently burn fat during longer slow low-intensity training. The overall philosophy is to ‘train low and race high’, meaning that you generally train on lower carb levels but then race with carbs (and yes, gels).

Is it time to ditch the carbs?

This entirely depends on you, your sporting goals, dietary and personal preferences. Despite what the Internet and many books would have you believe, it’s definitely not for everyone and you shouldn’t go into it blindly.

From personal experience so far, I can tell you that the transition (weight loss aside) is not plain sailing. It’s fair to say that at times I have definitely questioned it. Riding on empty can be pretty grim – as someone else describes it ‘it’s like your soul has been ripped out of your body’. Ticking off some of my more mountainous bucket list races this summer, I have struggled with cramping and yes, my numbers have been down. I have made some mistakes along the way which just highlights that you need to monitor, listen to your body and adjust if necessary. If you don’t want to learn the hard way,

Time will tell if this is the right path for me to follow in terms of racing. In terms of controlling my weight, it’s a no brainer at this stage.

I will be offering a full coaching package that will take you through the correct process of switching to a LCHF diet. Tying this together with your training will hopefully make the difference between running well in your next IM marathon, rather than walking to the finish! If you want to know more, drop me a message!

Train and eat smart…… it could be the solution to or cause of all your problems!

[1] I know this example is pretty rudimentary but for anyone interested in the science and numbers have a read here https://www.endureiq.com/blog/fat-oxidation-like-vo2max-threshold-and-economy-a-key-consideration-for-ironman-performance

At Tri-1st Coaching we believe in a hand’s on, no nonsense and personal approach to coaching.